Texas Put an Abortion Bounty on my Rabbi

AU Houston board member Evan Mintz warns that Texas’ new abortion law could make rabbis the targets of bounty hunters — or worse — for giving pastoral advice based on their Jewish faith. 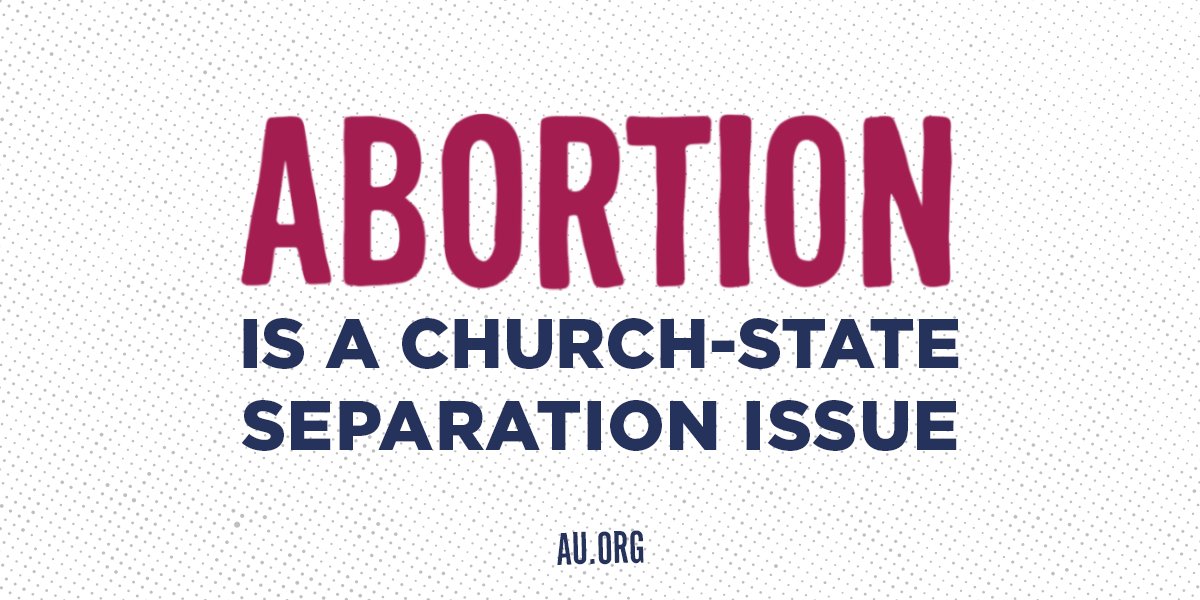 While I was hoping to hear the deep blasts of the shofar in person, yet another year of virtual High Holiday services has given me the opportunity to catch up on some paperwork that my Jewish guilt had been urging me to begin for some time. I started applying for my kids’ passports.

The annals of Jewish history stretch back for millennia, yet all those chronicles point to a single indispensable lesson: Be prepared to leave. Whether it’s Israelites escaping Pharoah before they had time to let bread rise or my own great-grandfather fleeing his hometown after his mother was murdered by Cossacks, the perpetual narrative of the Jewish people is one of exodus. After the passage of Senate Bill 8, I have started to worry that Texas will be part of that narrative for my own family.

SB 8 was nominally crafted to prohibit abortions after the sixth week of pregnancy, but that’s not the part that concerns me. Rather, it’s the provision that delegates enforcement to individual Texans. Anyone in the state can take private civil action not only against those who seek or provide an abortion, but also those who merely assist in pursuit of one. You’ll find the leadership of my own synagogue in that latter category.

Like most American Jews, I belong to a denomination that believes life begins at birth and places the utmost value on that life — especially when carrying a future child. That’s why, for example, rabbis have developed a specific process for accommodating a woman’s pregnancy cravings if she happens to hanker for a slice of honey-glazed ham. Her wellbeing, and that of the fetus, matters far more than Kosher law.

That’s also why Danny Horwitz, a rabbi at Congregation Beth Yeshurun, once explicitly instructed a woman to get an abortion after hearing about how another child would put undue stress on her preexisting health issues.

That advice alone would likely be in violation of SB 8.

I have to wonder how long until a self-proclaimed “ baby-murder bounty hunter” like state Rep. Briscoe Cain, one of the bill’s sponsors, fixes his metaphorical crosshairs on my synagogue.

I also have to wonder how long until someone drops the metaphor.

Synagogues have already become targets in our nation’s increasingly violent culture war. In 2018, a white supremacist terrorist murdered 11 Jews at the Tree of Life Synagogue in Pittsburgh because they supported refugees. The anti-abortion movement hasn’t hesitated to shed blood in pursuit of its own crusade, killing doctors, clinic employees, and security and law enforcement. In 2015, three people were murdered and nine injured in a mass shooting at a Colorado Springs Planned Parenthood. Anti-abortion extremists are considered a domestic terrorist threat by the Department of Justice.

Now Texas has explicitly put the authority to enforce SB 8 in these extremists’ trigger-happy hands. Frustrated by the bounds of the Constitution, with his signature, Gov. Greg Abbott effectively deputized untrained and unregulated vigilantes to pursue its public goals, and it is hard not to see how things can get worse — much worse — very quickly. In fact, the predictable violence inspired by SB 8 has already begun.

Last week in El Paso, an antiabortion madman was arrested after taking the life of one lawyer and assaulting another because he believed they were “ pro-choice Jewish Satan worshippers.”

Yes, this is a slippery slope. But so far the U.S. Supreme Court seems uninterested in stopping the slide, and Texas Democrats seem bizarrely incapable of pushing back; they don’t even have a candidate for governor.

I don’t plan on moving my family out of Texas anytime soon. This state has allowed us to thrive, and we have given back. Besides, I simply can’t survive without good Tex-Mex. But a Molinas margarita offers cold comfort when I contemplate how quickly the situation can devolve — and how urgently I may need to move my family to keep us safe.

Maybe this is just an overreaction. I certainly hope so. Still, the grand lesson of Jewish history is that you must remain wary of a once-welcoming people suddenly crying blood libel.

Texas has put a bounty on our heads. Don’t act surprised when someone decides to collect.

This was originally published in the Houston Chronicle.  Mintz is a board member of the Houston chapter of Americans United.

We Now Take Donations by PayPal

An annual membership  starts at $35 and entitles you to receive 11 issues of our award-winning journal Church & State. Part of your membership supports our chapter's activities.

You may join online by clicking here.

Students can join for free.   For more information or  other options, visit our Join or Donate page.